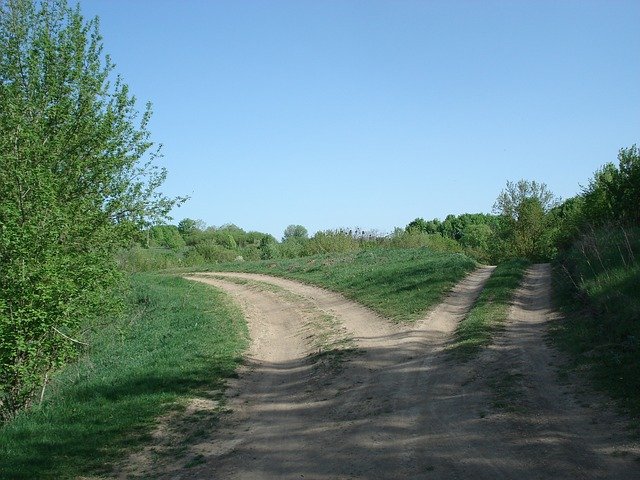 By Paul A. Cleveland –

The political divide in our country seems to grow bigger each and every day. For many of us we wonder if our country will ever return to some sense of normalcy. Indeed, as Christians we feel that the leftist are mounting what appears a growing attack on the faith. Why is this happening?

I think the answer to this question is rooted in history. The divide is not something that sprang forth in the last few years. Rather, it is something that has been growing over the course of at least the last hundred and thirty years. The divide is rooted in radically different views of the world in which we live. The rise of naturalism in the nineteenth century is what lies behind the left’s point of view. Naturalism is simply the idea that all that exists is nature which is going on of its own accord without any reference to God. As this viewpoint has spread and been embraced with greater consistency, Christianity has become more of a target since the believer’s entire point of view is driven by the understanding that all of nature has been created by God and for God.

Consider how these two views of the world diverge from one another. For the naturalist, since it is assumed that nature is all there is, human beings are reduced to the animal level. That is, they view people as just another animal species with no greater significance than anything else in nature. Actually, they tend to view people as problematic in that we do not behave just alike all the other animals. Alternatively, from a Christian worldview we understand that we are different from the other animals in that we bear the image of God and, thus, can relate to God in a way that animals do not.

This also leads to a political divide regarding how these different viewpoints lead to radically different views of the purpose of government. For the naturalist, if there are problems in this world it is because the “herd” of humanity is heading in the wrong direction and someone needs to lead the “herd” a better way. Manmade laws are thought to be the means to right all wrongs. At heart, the naturalist embraces a collectivism that reduces the individual to a cog in the societal machine. The major flaw in this thinking is that the advocate for it somehow believes that his theory of nature being all there is does not apply to himself. That is, the statist believes he is capable of seeing things that others cannot because they are merely animals.

For the Christian, the need for government arises from the fact of sin. Christians recognize that problems in this world ultimately stem from our individual rebellion against God and his character. Put simply, we tend to violate one another in a variety of ways in this world and, thus, in the most extreme cases of aggression against others, such as murder, rape, and theft, government intervention is needed to punish the wrongdoers that some semblance of order and peace in society can be achieved. However, Christians do not believe that perfection in this world can be achieved. In fact, the recognition of our own sins drives us relentlessly to Jesus Christ for forgiveness and the grace to try to live more peacefully with others in this world. In addition, that very mercy and grace we have received compels us to show the same towards others.

Recognizing these divides helps us to understand why naturalists embrace the forever failing political economy of socialism while Christians, if they are consistent in their thinking, embrace free enterprise and recognize the value of respecting the individual person. Christians note that the person’s character is developed in a world of choice while naturalists aim to make everyone’s choice and impose it from the top down.

According to the naturalist conception of mankind, the individual is at best forever a child incapable of caring for himself. The whole idea behind the modern welfare state in Western societies is that the individual is too imprudent to be trusted to care for himself. If left to his own devices they believe that the individual will run to ruin neither caring for himself nor planning for his future. Therefore, they assert, the government must do this for him. It must provide him with the education, housing, health care, and other needs of life. The modern state treats the person like a perpetual child.

While it is certainly true that we human beings are very imperfect, that does not mean we have no individual value. To be sure, we have all behaved rather foolishly on many occasions and in many ways. We can all attest to the suffering we have caused ourselves and others by this behavior. However, the answer to our failures in this life is not to make us permanent dependents. Rather, the answer is that we need to grow up. We need to stand on our own two feet and accept personal responsibility. Our failure to accept responsibility has produced the void that has allowed force to rush in.

Today force is being universalized around the world. While that force has abated to some degree in some places where revolutionary socialism resulted in abject barbarism, it has grown steadily in the evolutionary variety. Gradualist socialism pushes us relentlessly in the direction of greater and greater government intrusion in our lives. This may well be of greater consequence than the barbarism of revolutionary socialism. It may yet turn out that gradualism results in something far worse than what occurred in the more isolated revolutionary experiments. After all, the gradualist socialism aims at worldwide coercion and control that can, and will if allowed to go unchecked, result in worldwide barbarism.

What is really needed in our culture today is not more government. What is needed in a revival and reformation. People today are in desperate need of recognizing their own sin and turning to Jesus Christ for salvation. They are in need of Christians coming alongside them to disciple them by teaching them Christ commandments. Only then can greater peace and harmony prevail in our nation.