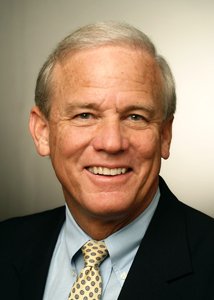 Born in 1947 in Charlottesville, VA, and raised in Richmond, VA.

Joined a Southern Baptist Church at age 11 but drifted into the Unitarian Church while in college and remained a Unitarian for 10 years before becoming a Christian at age 29.

Was a tennis professional for 12 years before going into Christian ministry full time.

Came to Christ through an apologetics approach believing that before embracing Christ, he had to be convinced that Christianity was true, not just an emotional crutch.

Was Single’s minister at Briarwood Presbyterian Church for 3 years.

Was Alabama director and Vice-President of Watchman Fellowship, one of the largest counter-cult ministries in the world, for 15 years.

Former director of the Apologetics Resource Center, which was organized in January 1999.

Served for many years on the Board of Directors of Evangelical Ministries to New Religions, a consortium of many counter-cult ministries in the U.S.

Served for many years on the Board of Wellspring Retreat Center, a rehabilitation facility for victims of cult abuse.

Served as chair of the clergy relations committee of the American Family Foundation, an ecumenical and secular academic organization dealing with cults.

Co-authored the book Thieves of Innocence with John Weldon, and John Ankerberg dealing with New Age in education, published by Harvest House in 1992. Now republished as Public Schools: The Sorcerer’s New Apprentice?

Is married to Mary Branch and has 3 children, Catherine, Kimberly, and Chip.

Is a frequent speaker and source for local and national media.

Has earned a Master’s of Religious Education.

Is ordained in the Evangelical Church Alliance.

Is ordained as a Ruling Elder in the Presbyterian Church in America.

Is a frequent speaker in churches, conferences, schools, universities, and civic groups.