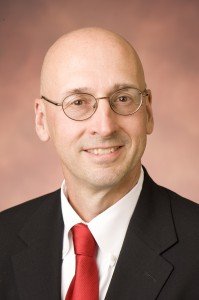 His principal academic research is focused on the study of free enterprise and political economy. In pursuing his studies, he reads extensively in the areas of philosophy, theology, and history which are helpful in exploring the morality of free markets. Within this context, he is interested in examining the proper role of government in society and the problems created when it enacts policies beyond its appropriate boundaries. He is the author of two books: Understanding the Modern Culture Wars and Unmasking the Sacred Lies and the co-author of the third edition of Basic Economics with Clarence B. Carson. In addition, his articles have been published in numerous places including the Journal of Private Enterprise, the Independent Review, the Journal of Markets & Morality, Religion and Liberty, Areopagus Journal, Mises Daily Articles, and The Freeman: Ideas on Liberty. Beyond his writing, he has lectured on free enterprise in numerous places including universities in Lithuania, Poland, Ukraine, Peru, China, and Taiwan.

Paul is married and is the father of two children. He enjoys activities with his family and plays golf when time allows. He is a member of Briarwood Presbyterian Church.