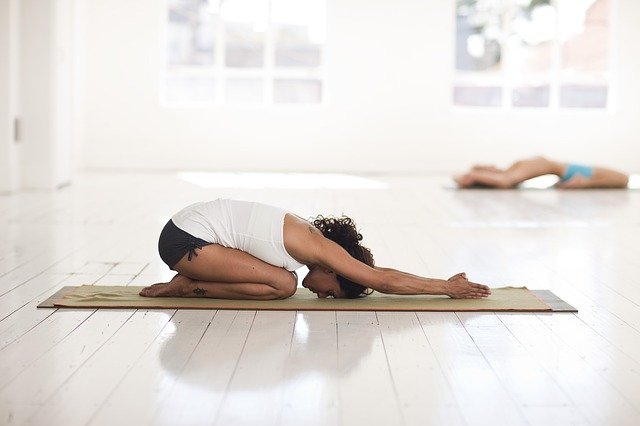 By Rev. Clete Hux – I offer this in response to Dana Hall McCain’s 4/5/2021 AL.COM article, Alabama’s Fear of Yoga. 1 The first thing that got my attention was the overall subjective nature of her editorial in support of HB 246 that the Senate Judiciary Committee passed 4/7/2021 after the posting of McCain’s article. As if strategically timed, her support of the practice of yoga is the old “truth being determined by my subjective experience” argument. “I know it’s true because I want it to be so or because of my positive experience”! Over and over the word experience is used. With all due respect to Ms. McCain, this piece proves that pragmatism rules our culture.

For all the positive support via personal experience McCain gives yoga, she failed to include any negative experiences by others. Obviously, her intent was not to offer a balance of pros and cons, but to validate her version of yoga by her experience. All she would need to do is browse the internet to find plenty of negative experiences. Yogadangers.com would be a good place to start.

Having a good or bad experience does not change a practice from being religious to being non-religious. The question should be asked: Who gives anyone the right to redefine someone’s religion? No one’s experience should be the criterion. Trying to dereligionize something that is religious does not make it any less religious. McCain, like so many others, attempts to offer a counterfeit yoga as redefined by her personal experience.

To her credit, she did include comments from the Hindu American Foundation “Take Back Yoga” campaign2 criticism of people like herself who attempt to practice yoga apart from its religious discipline. However, her apparent reason, in part, for quoting HAF’s criticism was to assert that “Americanized yoga is something altogether different”. This seems to be her ground for endorsing Rep. Jeremy Gray’s bill (HB 246) as she promotes both their experiences of treating yoga as physical exercise instead of a religious practice.

Gray himself admitted to the Montgomery Advertiser last year that in order to get things passed on the House floor, “I had to make it where it’s more about stretching, breathing, and meditation as opposed to embodying the whole concept of yoga”.3 In other words, he had to make something that is religious by nature be translated into something that is non-religious and merely physical, albeit according to his redefining.  Rep. Gray, also a yoga instructor, identified himself in an interview with NPR on April 6 as a “yogi” who has practiced yoga for the last ten years.4

Gray’s language of stretching, breathing and meditation is remarkably similar to McCain’s. These practices are excluded by the “in place” Alabama Administrative Code 290-040-040-.01 for good reason because of the psychologically dissociative and Eastern religious nature of these activities. Schools should not be in the position of endorsing possible altered states of consciousness. Neither should the State Legislature risk violating the Establishment Clause of the 1st Amendment by promoting religion.

Dr. Candy Gunther Brown, who is the Head of Religious Studies at Indiana University, approves the language of Becky Gerritson, director of Alabama’s Eagle Forum, who says, “Not only does introducing yoga in schools risk endorsing religion, it’s not a risk that needs to be taken, “since students can do stretches now in school.” If children can stretch already, and the proposed yoga programs consist of nothing more than stretches-the proposed bill limits yoga to “poses, exercises and stretching techniques”- then why is Gray insistent on calling the stretches “yoga”? Why is it necessary to exclude “chants”, mantras, and ‘namaste’ greetings” if yoga is already divorced from religion?5

Brown also pointed out that one of the yoga bill’s biggest supporters, Rajan Zed, president of Universal Society of Hinduism, argued that yoga sales taxes are a “religious infringement” because yoga is a form of “orthodox Hindu philosophy” by means of which “the human-soul(jivatman) unite[s] with the universal-soul (paramatman).”6 Yet, Zed now argues that yoga will do nothing to promote Hinduism?7

Both McCain and Gray claim to be Christian. McCain describes herself as being the theologically rigid type. However, mixing Christianity with Yoga is not being theologically rigid. This is evidenced by her mentioning Holy Yoga, “which keeps the meditative moments in a class but places a distinctly Christian emphasis on it with scripture and prayer.”8But simply changing names does not change meaning. Even though she says that she does not acknowledge or participate in rituals that hint at religious pluralism, it seems she is doing so, at least by trying to Christianize yoga. To many, this would appear to baptize Hinduism. Perhaps we should ask if it is possible to be a Christian Hindu or a Hindu Christian? Both are oxymorons.

Trying to legitimize your experience with yoga by claiming to be Christian should not give any credence to the issue. Candy Gunther Brown points out in a recent Pew Research article that 61% of U.S. Christians share at least one New Age belief. McCain’s and Gray’s Americanized version of yoga amounts to a New Age kind of yoga, but nonetheless religious because the New Age is the West’s version of Eastern Mysticism.9

Swami Param, president of the Classical Yoga Hindu Academy, accuses proponents of NAY, his term for “New Age Yoga,” of theft saying, “stealing from an existing religion (and/or culture), then denying it and profiting from it is the M.O. of the usurper.” For our better understanding he states, “Imagine treating Baptism and Communion as an Underwater Therapy and Wine Tasting business! Envision a Fitness Rabi, Diet Pope and Gaming Imam! Picture Hot Baptism (at your local gym), Power Mass and Gentle Genuflecting! How about a 200-hour Certified Communion Teacher greeting students with Hallelujah and denying any Christian connection? How about marketing Baptism pants to display one’s physical accomplishments! As ridiculous as it seems, this is how callous, absurd and insulting is the NAY crusade.”10

I agree with Swami Param that divorcing any aspect of yoga from its Hindu roots is dishonest and a grave insult to a world religion and its adherents. I also agree with him when he says, “If one wants to learn Hinduism/Yoga (and perhaps become a Hindu), do that. If one wants to stretch and relax, be thoughtful and considerate, but don’t call it yoga.”11