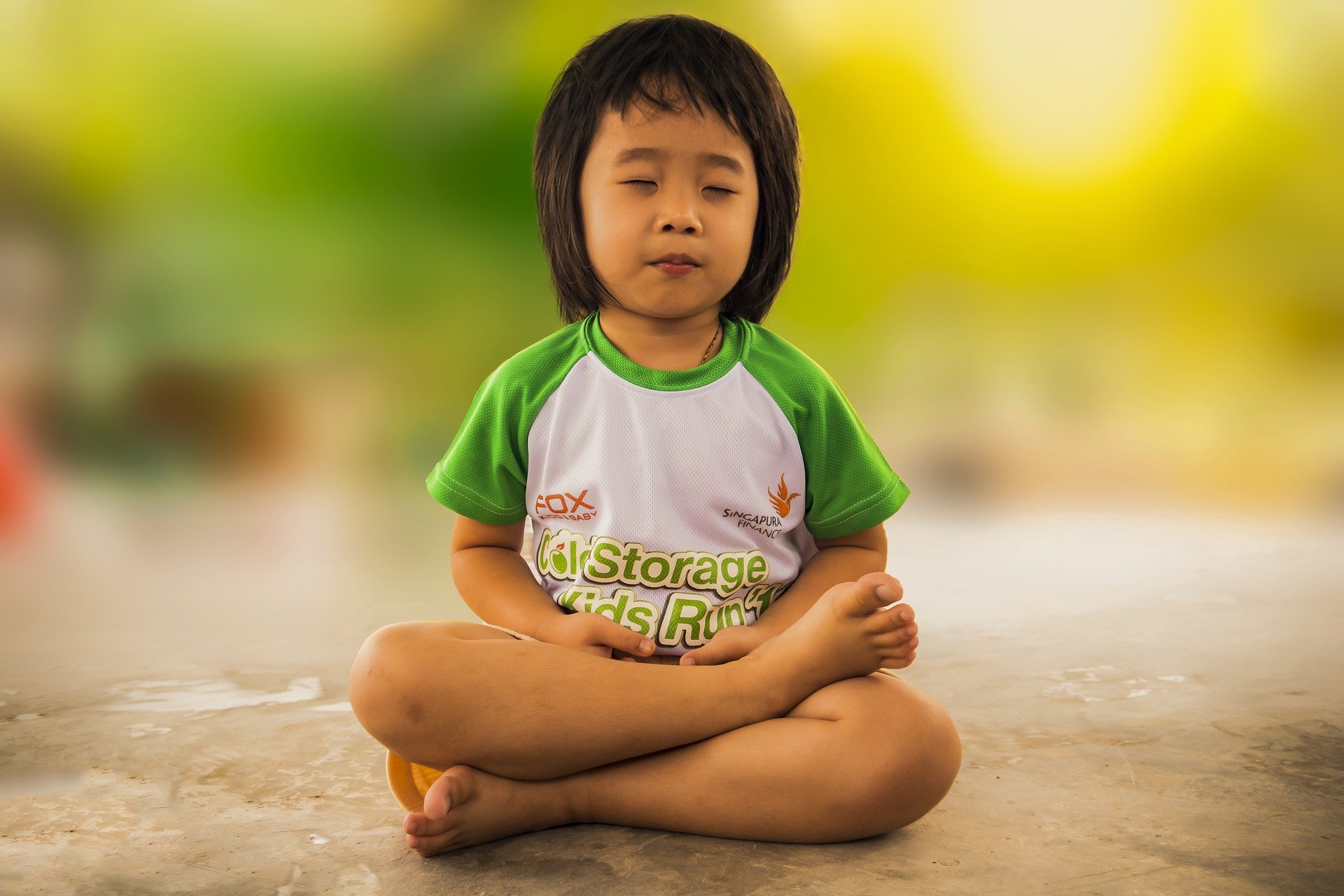 Yoga: Physical exercise or religious spirituality? Legal or illegal? Those are some questions that the State Senate Committee needs to consider with regards to practicing or not practicing yoga in Alabama schools K-12. The Alabama Administrative Code (AAC), Rule 290-040-040-.2 that bans the practice of yoga and meditation in its public school system has been in place for over twenty-six years. It was for good reason this was passed due to the intrinsic and inseparable relationship of yoga and Hinduism. In addition there is the issue of the establishment clause of religion in the First Amendment.

During the time leading up to the present ruling, my former co-worker, Craig Branch, and I were very busy educating the church and the public on how the New Age Movement (Eastern mysticism/Hinduism/Taoism in the West) was making its way into public education. Craig co-authored Thieves of Innocence with John Ankerberg and John Weldon and it was published by Harvest House to facilitate awareness of the religious nature of practices such as meditation and yoga contained in newly introduced courses of study.

One thing we learned in our research into various curricula at the time was how subtly the religious practices including yoga and meditation were introduced. For example, Marilyn Ferguson, author of The Aquarian Conspiracy and a pioneer of infiltrating New Age philosophy and practices into education said over thirty years ago that in order to have a new society, you have to change the education of the younger generation. She stated that in surveying the Aquarian Conspirators, more were shown to be involved in education than any other work. Indeed, she admitted that “subtle forces were at work, forces that are not likely to be seen in banner headlines” that would promote the New Age philosophy in education. [i]

Another of many blatant admittances of such subtlety was back in 1986, by New Age leader and activist, Dick Sutphen, stating, “One of the biggest advantages we have as New Agers is, once the occult, metaphysical and New Age terminology is removed, we have concepts and techniques that are very acceptable to the general public. So we can change the names and demonstrate the power. In so doing, we can open the door to millions who normally would not be receptive.” [ii]

Such subtleties have been making their way into this issue of education mostly because we don’t understand Eastern mystical beliefs and practices, i.e., yoga and meditation. Perhaps this is the reason why the current regulations have not been enforced even though Joseph Morton, Superintendent of Education in 2006, reminded county and city superintendents to follow the rules in place. The truth is that it is hard enough for us to understand Eastern mysticism, but even more so when meaning is shifted away from original meaning to a replacement meaning in disguise. The result can be a complete change in a person’s worldview.

Knowingly or unknowingly, the proponents of the new bill to allow yoga are doing the same thing by trying to distance the practice of yoga away from its religious origin, attempting to redefine it with a secular basis, again devoid of its true meaning. The question should be asked, “What gives us the right to that”? Answering “because it is so popular that everyone is doing it” is not a legitimate reason nor is “because we want to give it a different meaning.” Intent does not change meaning. Even the Hindu American Foundation, which is all for promoting Hinduism and yoga in our country, is upset with pragmatists who try to redefine yoga as merely physical exercise thus covering up its religious heritage and meaning. [iii]

The new bill, HB 235 sponsored by Rep. Jeremy Gray (D) of Opelika, to lift the ban on yoga, attempts to do exactly what I just explained. It has already passed the Alabama House and is on its way to the Senate for a vote very soon. In order to get things passed on the House floor, Gray admitted to the Montgomery Advertiser, “I had to make it where it’s more about stretching, breathing, and meditation as opposed to embodying the whole concept of yoga“.[iv] In other words, he had to make something that is religious by nature be translated into something that is only physical. Notice he used the words stretching and breathing, but he also included meditation which the “in place” rule prohibits because of its Eastern religious connotation and its dissociative nature. Gray, again, affirmed that meditation was included when on February 5th of this year through his Facebook account, “Fix the man, fix the world.” #InsideJob, he posted, “It was a great honor and privilege to talk to the at-risk teenagers at “Second Chance” this morning about the importance of implementing yoga, mindfulness, meditation, and control breathing into their daily routine.” [v]

While consciously trying to relegate yoga to just the physical, he unconsciously proved by his words that it cannot be separated from its religious meditative practices which involve the controlled breathing and stretching that Gray speaks of. These are also known as progressive relaxation techniques which the “in place” bill prohibits because of meditation’s dissociative nature. [vi]

Again, Ferguson, at the time of writing The Aquarian Conspiracy, explained that the deliberate use of such practices in education, were well under way. She purposely names meditation, relaxation, deep breathing and yoga. [vii]

I mentioned the Hindu American Foundation as being upset with the American culture redefining yoga and Hinduism. Hindus and true yogis recoil at those who try to redefine their religion by separating Hinduism from practices of yoga. Subhas Tiwai, Professor of Yoga Philosophy and Meditation at the Hindu University of America in Orlando, FL., says “Efforts to separate yoga from its spiritual center reveal ignorance of the goal of yoga.” [viii] He also told TIME Magazine that “Yoga is Hinduism”. [ix] This is the same thing I told a New York Times interviewer a little over a week ago when I said that there is no yoga without Hinduism and no Hinduism without yoga! This is true because of Hinduism’s monistic (all is one/one is all) worldview which teaches that there exist no separations such as those we recognize in a biblical worldview.

Real Hindus do not want someone to blend their religion with another such as Christianity. There are some who, baselessly other than their own desire to do so, state that we can practice Christian yoga. That is like saying Christianity is Hindu. Using any Hindu practice for a non-religious purpose, in this case yoga, is to distort Hinduism.

This is exactly what is happening today with Hatha yoga, based on bodily postures (asanas), breathing techniques (pranayama), and meditation (dyana). It has become a fad in America to reduce yoga to what “pop” culture wants. According to Swami Param, President of the Classical Yoga Hindu Academy in Barnegat, N.J., Hatha is being distorted by the commercialization and simplistic use of yoga asanas (positions). He says the asanas represent a specifically Hindu worldview and the word Hatha refers not only to nature worship (moon; sun:tha) but also to the Hindu deities Siva, Vishnu (Hara:Hari). [x]

Param accuses proponents of NAY, his term for “New Age Yoga,” of theft saying, “There are many established religions. Of course, a truly creative individual may come up with something new. However, stealing from an existing religion (and/or culture), then denying it and profiting from it is the M.O. of the usurper.” [xi]

For our better understanding he states, “Imagine treating Baptism and Communion as an Underwater Therapy and Wine Tasting business! Envision a Fitness Rabbi, Diet Pope and Gaming Imam! Picture Hot Baptism (at your local gym), Power Mass and Gentle Genuflecting! How about a 200 hour Certified Communion Teacher greeting students with Hallelujah and denying any Christian connection? How about marketing Baptism pants to display one’s physical accomplishments! As ridiculous as it seems, this is exactly how callous, absurd and insulting is the NAY crusade.” [xii]

He says, “In the “NAYsayers” dogma, Yoga is everything but religion. To them, Yoga is a physical exercise and perhaps, an elite universal spiritual practice. The thoughtless cliche; “I am spiritual but not religious,” is a common deception.” I agree with the Swami that divorcing any aspect of yoga from its Hindu roots is dishonest and a grave insult to a world religion and its adherents. I also agree with him when he says, “If one wants to learn Hinduism/Yoga (and perhaps become a Hindu), do that. If one wants to stretch and relax, be thoughtful and considerate, but don’t call it Yoga. [xiii]

[iv] Brian Lyman, Yoga has had Alabama lawmakers bent out of shape for 30 years. This bill could change that. Montgomery Advertiser, March 9, 2020. (internet article accessed at https://www.montgomeryadvertiser.com/story/news/politics/2020/03/09/alabama-house-vote-could-end-public-school-ban-on-yoga-but-just-dont-say-namaste-yet/4999709002/ ).

Stretching the Truth, The Areopagus Journal of the Apologetics Resource Center. Volume 4 No. 4

Harvest House2009. Available to order at the Apologetics Resource Center.