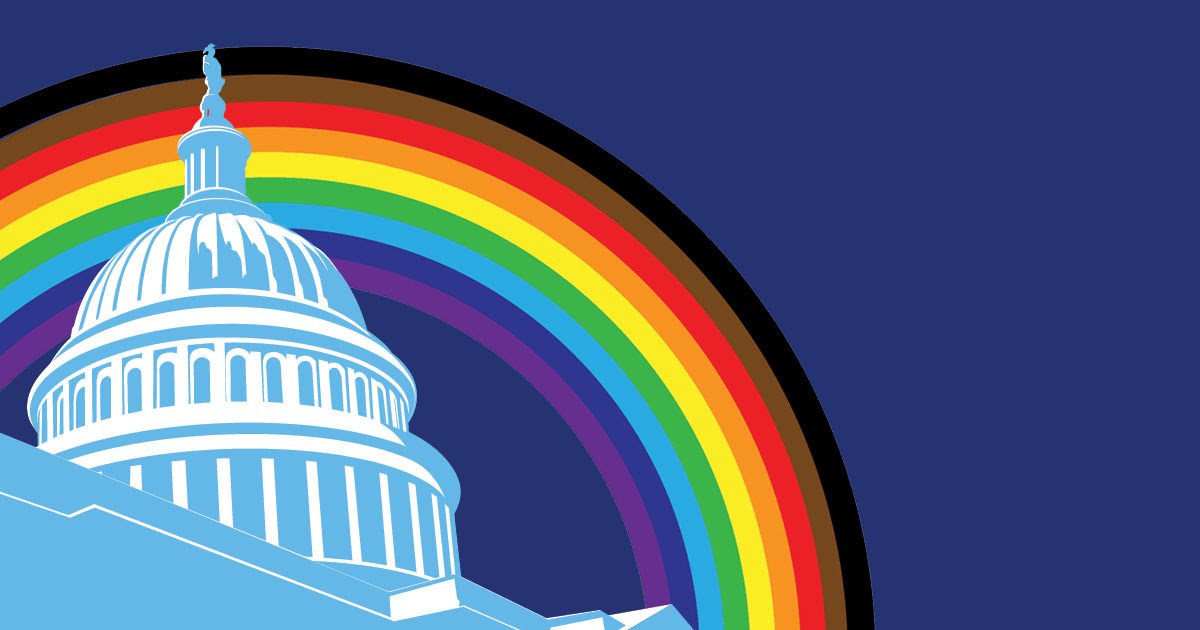 I wrote this text on February 25, 2021, a day when stunning events occurred in the USA that are massive “legal” attacks on the opening line of the Bible: “So God created man in his own image, in the image of God created he him; male and female created he them” (Gen 1:27).
The Equality Act that passed in the House on that day, voted by every Democrat member, including the provision to remove any defense for religious principles, requires that virtually every restroom, locker room, and dressing room in America be open to transgender individuals. At this level of bathroom intimacy, our children will learn that there is no opposite sex. This was underlined by Democratic House leaders announcing a package of ethics and legislative reforms for the 117th Congress that included the elimination of the terms father, mother, sister and brother.

The Equality Act rules will apply to shared hospital rooms or wards, locker rooms, public or group showers, jails, prisons, juvenile detention facilities, homeless shelters, overnight drug rehabilitation centers, and domestic violence or rape crisis shelters. This is a very practical outworking of Oneist sexuality, in which there are no sexual distinctions. Radicals are applying to the culture their refusal to accept the distinction between God the Creator and his creation. The pagan, who refuses to submit to the Creator and to the witness of Nature, loses all sense of creational identity, plunging into a confusion of monistic sameness.

We have abandoned the time-tested principles of human and divine wisdom in exchange for a godless Neomarxist future, based on a wishful egalitarian fantasy, a “workers’ paradise,” imagined and promoted by the paragon of atheistic virtue, Karl Marx—who never took a bath, mistreated his wife, slept with his children’s nurse, and witnessed the suicide of two of his daughters.

As the House was discussing the Equality Act, the Senate was interviewing for assistant Secretary of Health and Human Services the sad figure of transgender Dr. Richard/Rachel Levine, a sixty three-year-old father of two grown children, now decked out in female clothes and sporting polished nails and long, blond curled hair (or a wig). This man-now-woman, soon to be in charge of the nation’s health, was unwilling to state his opinion as to whether minor children should be allowed to make the irreversible, life-changing decision to undergo surgical treatments in order to change their gender. Said Senator Rand Paul, a trained medical doctor, who questioned him: “I’m alarmed that you’re not saying they should be prevented from making decisions to amputate their breasts or genitalia…We have always said that minors do not have full rights.”[1]

On this same day, February 25th, President Biden, as he engaged in an unexpected military attack on Syria, sent a clear message not so much to the Syrians as to the American people. The leftist political machine that seized power grows increasingly paranoid. If it cannot gain any mantle of “legitimacy” by serious political action, it must opt instead to govern through force and fear, appropriately encircling the Capitol with barb wire fence, defended by thousands of armed soldiers. That same day President Biden announced the cancelation of his State of the Union address for next month, and, strangely, some Democrats questioned the president’s ability to manage the nuclear football, namely the codes which allow him to launch nuclear war. Some suggested giving the codes to Nancy Pelosi and Kamala Harris, revealing a troubling insecurity at the heart of the present administration. Such insecurity may well explain why so much emphasis is placed on the promotion of ideological rhetorical power as a means of rapid political domination and the constant need to accuse the Right of its guilt of systemic White supremacy.

Fittingly, on February 25, this ideology was raised to high academic value. Boston University’s law school announced the appointment of Angela Onwuachi-Willig, the school’s dean, to the first (richly) endowed chair in Critical Race Theory and Antiracism. The School of Law is proud to lead the way in its forward-thinking on inclusiveness and CRT, which is the theoretical heart of both Neomarxism and “cancel culture.” The argument to silence unwelcomed, though legal, speech was already developed by the Neomarxist Frankfurt School scholar, Herbert Marcuse, who argued in the 1960s and 70s that the discourse of the “repressive, dehumanizing society” of Christian, Western culture did not deserve any form of tolerance. Neomarxist truth must “stop the words and images…that feed this false consciousness.”[2]

Talk about “cancel culture”! Such chilling oppression is not found only on college campuses. Wherever free speech is rejected, opponents gain a clear license to oppress others with hateful arguments. On that same February 25th, some elected politicians recommended silencing all right-wing news sources. For over three hours that day, the subcommittee of the Democrat-controlled House Committee on Energy and Commerce held a virtual hearing titled “Fanning the Flames: Disinformation and Extremism in the Media.” The target was conservative media in general and Fox News, Newsmax TV, and OANN in particular. This is the most chilling example in modern times of the accelerating full-spectrum assault on free speech and the First Amendment to take place on Capitol Hill, in the very place where free speech was embedded in our Constitution. Two of the subcommittee’s members, California Democrat Representatives, Anna Eshoo and Jerry McNerney, sent a letter to twelve of the biggest cable and satellite television providers and streaming services that carry conservative channels, questioning their policy to make these news sources available to average Americans.[3]

The passage of the Equality Act on that fateful February 25th made such forms of “cancel culture” perfectly legal. If passed by the Senate, this act, which is careful to eliminate any religious exemptions, will become the law of the land. Churches and Christian ministries will be prevented from expressing biblical beliefs about marriage, sexual morality, and the distinction between the sexes. Christian social missions like fostering and adoption facilities will be closed down, Christian schools, colleges and universities will be denied government funds and their academic degrees declared illegitimate. Christian business owners will be obliged to pay for health coverage for practices such as “sex reassignment” surgeries that violate their deeply held Christian convictions. Christian doctors and nurses will be forced to participate in abortions and transgender surgeries or lose their jobs.

Don’t Follow the Science! By casting an individual’s sex as something merely “designated at birth,” the Equality Act promotes transgenderism, cancels biblical truth and ignores the scientific reality of the inherent, indelible biological differences between male and female. Such differences go far beyond external genitalia. Each cell in our body is either male or female, either XY or XX. Denying this is pure ideology. How can you legally oblige everyone to obey an ideology that contradicts the clear witness of science and the testimony of creation? In addition, the new law is disturbingly open-ended since it defines “gender identity” (LGBTQ +) with a “plus” that puts no limit to what may one day be legally imposed sexual activity. Sexuality defined essentially by desire and personal freedom may well include in the future, as part of the law of the land, polygamy, sadomasochism (BDSM), consensual incest, pedophilia or zoophilia.[4]

Finally, this law reveals its radical nature by granting a civil rights status to baby-killing. The proposed law provides that “pregnancy, childbirth, or a related medical condition shall not receive less favorable treatment than other physical conditions.”[5] The “equal protection” argument for abortion and abortion funding contends that failure to support abortion is a form of discrimination on the basis of sex, since only women can become pregnant and face the burdens of pregnancy. This law makes killing babies a noble act of constitutional duty, one of the rights we just invented, though not one of the rights endowed by our Creator! The bill is careful to state that the Religious Freedom Restoration Act of 1993 “shall not provide a basis for challenging the application” of this new right. God must be kept out of this.

How appropriate! On Thursday, February 25, 2021, the very same day all these events took place, Representative Jerry Nadler prophetically stated in a public debate on the Equality Act: “…what any religious tradition describes as God’s will is no concern of this Congress.”[6]

As a European immigrant who came to the States as a student in 1964 and eventually married an American citizen, I thought I had died and gone to heaven! Christianity was everywhere, on radio, television, in the massive publishing companies, in the prestigious academic institutions, in the churches that dotted every street corner like the pubs in Britain. Politicians always finished their speeches with GOD BLESS AMERICA. It was easy to be a public Christian. What can the Church expect if the Equality Act passes? It will be a new situation for us all. Denying God’s authority in the House of Representatives will eventually mean denying Christians the right to speak in the public square.

We cannot avoid cultural involvement. It is what God has required of us from the beginning: “Be fruitful, and multiply, and replenish the earth, and subdue it: and have dominion over it (Genesis 1:28). Thus we must work and engage in political involvement, but we may have to risk our jobs, our companies, our friends, our children, and all the societal freedoms we have taken for granted. We cannot be silent, both for the love of God and for the love of our neighbor. As if on cue, two days later, Feb 27, the School of Education at the State University of New York-Geneseo suspended a student for posting his view that gender is limited to biologically males and females.[7] The early church dealt with a similar situation which was vividly captured in St. Cyprian’s work, The Lapsed: The Unity of the Catholic Church, in which he tells of Christians who folded to pressure from the Roman state to offer a pagan sacrifice contrary to their faith who were known as “the lapsed.” The Gospel we are commanded to preach concerns God the Creator, who made us in a particular way, which gives him the authority to be heard everywhere, including in the House of Representatives, so we cannot avoid confrontation with the pagan state. Our personal Creator, known as our Father (Deuteronomy 32:6 and Malachi 2:10), is also our Redeemer in his Son, Christ our Savior. This is essential news for sinners! May we never be “lapsed,” even when the Equality Act, in spite of its name, will produce inequality and social chaos because it denies God, the ultimate Judge of equality and social justice.

Perhaps February 25, 2021 will be the beginning of a spiritual revival of God’s people, ready to speak with boldness about the Lord of heaven and earth. The only true hope for humanity is the message of hope of a future life on this transformed earth, which God is preparing for those who recognize him with faith and courage and worship him as their Lord.