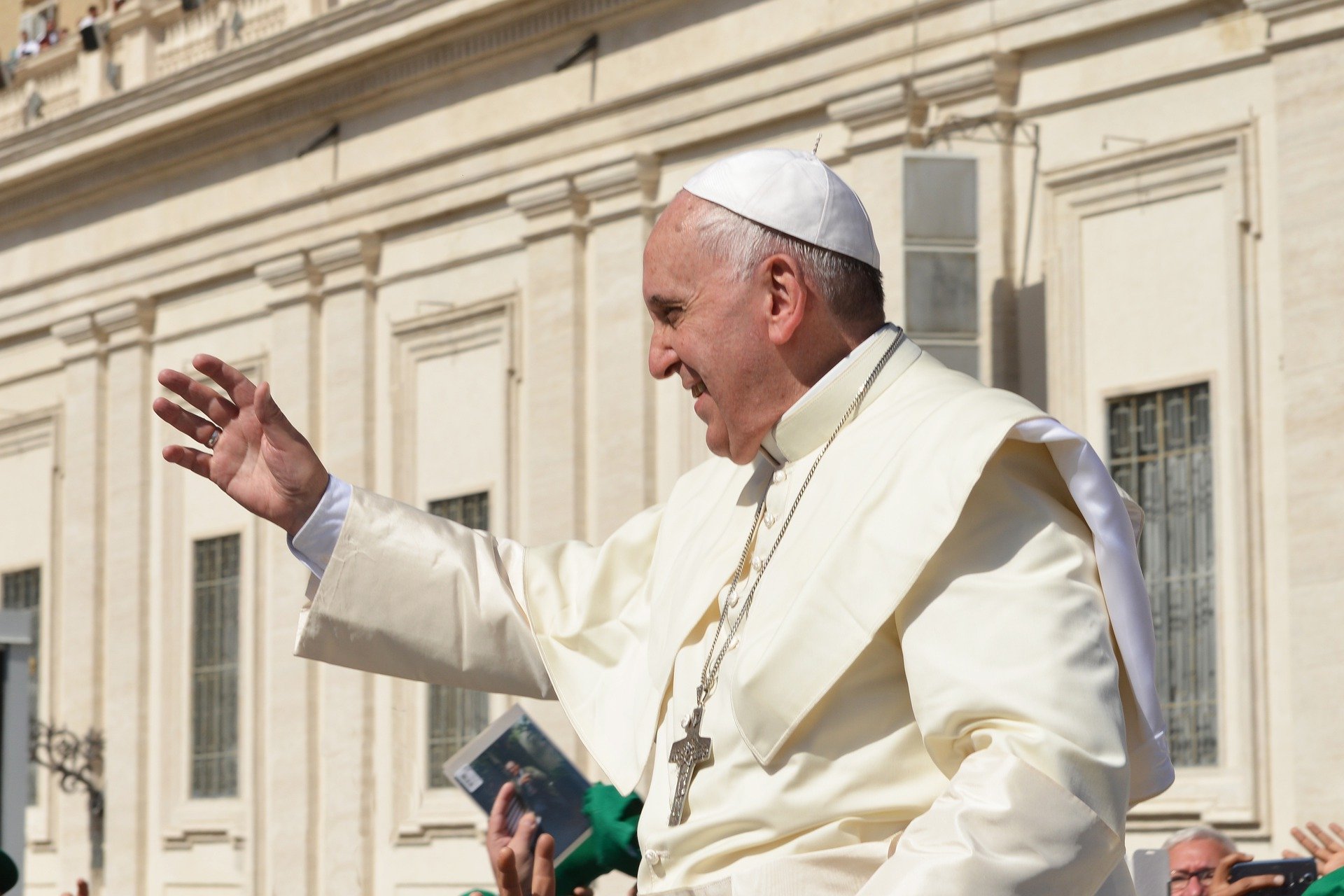 You laugh! Like the question, Who wrote the Gospel of John? the question, Is the Pope Catholic? hardly seems to deserve a reply. Well, not until a few weeks ago.

The historic catechism of the Catholic Church, (based on the Old and New Testament and on centuries of tradition) has always taught that homosexuality is immoral and that the proclivity toward same-sex relations is unnatural. It is surprising then, that the Pope said (according to a Chilean homosexual, who visited him at the Vatican), “Juan Carlos, it doesn’t matter that you’re gay. God made you that way and that is the way he wants you to be, and I don’t mind. The Pope wants you this way too, and you have to be happy with who you are.”

Such remarks cannot be explained as simple pastoral concern overriding petty doctrinal judgment. This statement compromises the history of Catholic teaching—by the head of the Catholic Church, who, according to the doctrine of papal authority, is the source of all religious truth in history. The Pope’s comment not only denies the teaching of all previous popes, but attacks God the Creator, making Him the author of sexual distortion, of sinful rebellion and of moral “abomination” (Leviticus 18:22). The Vatican press office claims that the statement was mere hearsay, saying, “The Vatican does not comment on private conversations of the Pope.” No comment?

Given the seriousness of the affirmation, one might well expect Pope Francis to correct the record personally and immediately, should he have been misquoted. The Pope has said not a word. Asked five years ago about a “gay lobby” of Jesuit priests in the Vatican, Jesuit Pope Francis responded, “If a person is gay and seeks God and has good will, who am I to judge?” Not long ago he signaled support for legal recognition of same-sex unions. And a French priest recently said in a televised interview that Pope Francis approved of his blessing of homosexual couples. The radical Archbishop Bruno Forte, who asked for “the codification of homosexual rights” at the last Synod, has been confirmed by the Pope as special Secretary to the Synod on the Family. Is it any wonder that the LGBT world applauded Pope Francis’s recruitment of fellow Jesuit, pro-LGBT Fr. James Martin, as a communications consultant to the Holy See’s Secretariat for Communications?

Some are delighted by the Pope’s position:
• Actress Salma Hayek, a supporter of abortion rights and gay marriage, asserted, “Pope Francis is the best pope that has ever existed.”[1]

• The premiere LGBT publication, The Advocate, named Pope Francis “Person of the Year (2013).”

Leading gay theorists would most likely not get this wrong.

Faithful Catholics are asking, “Is the pope Catholic?” and the answer is not so obvious. Within the last year, three books have appeared by concerned Catholic believers, basically asking that very question:

In his comments about the Cruz conversation, Alan Keyes notes Christ’s statement: “’For this I was born, and for this I came into the world, to bear witness to the truth.’ As this is the vocation of the one he [the Pope] represents, how can it be right for the Vicar of Christ, to abandon that purpose now? How can it be right for him to give no instruction that dispels the dangerous temptation occasioned by his reported words?”

We also wonder why the Pope, who constantly attacks wealthy landlords, commercial speculators, and environmental polluters, did not launch a vigorous and heartfelt appeal to the Catholic country of Ireland prior to the vote legalizing abortion. Is he not to defend the defenseless? But the Pope uttered not a word.

So we must ask another question: Is the Pope liberal?

Catholic writer, Ross Douthat observes that we face “a hinge moment in the history of Catholicism, a period of theological crisis that’s larger than just the Francis pontificate,” namely a theologically liberal takeover of the papacy. As are most churches, Catholicism is deeply divided along liberal or conservative doctrinal lines.

At the resignation of Benedict XVI, liberal powers in the Vatican were waiting in the wings and found “a plausible candidate” for the papacy in Jorge Bergoglio, the Jesuit archbishop of Buenos Aires, well-known for his adoption of “Liberation Theology,” a synthesis between elements of liberal Christianity and Marxist political activism. Francis named Honduran cardinal Óscar Rodríguez Maradiaga, an open socialist, as chairman of the Council of Cardinals, and has declared, uttering the well-known Marxist maxim, that “inequality is the root of all social evil.” This radical egalitarianism, the defining notion of neo-Marxism, is the essence of theological Oneism—no difference between us and God.

This shift was played out at a conference held around the same time at the Vatican (April 26–28, 2018) entitled: “Unite to Cure—How Science, Technology and the 21st Century Will Impact Culture and Society.” The conference was co-sponsored by the Pontifical Council for Culture and the CURA Foundation, a tax-exempt global health movement. Hosted by Francis, the conference included as collaborators the Vatican Secretariat of State, the Vatican Secretariat for Communications, and the Pontifical Academy for Life. Speakers included New Age guru, Hindu believer and alternative medicine mogul, Deepak Chopra; American motivational and self-help life coach, Tony Robbins; and transcendental meditation fan, Katy Perry.

Started in 2011 by Pope Benedict XVI, under Pope Francis’s leadership, the conference has morphed into a program to promote non-Christian spirituality.

Pop-star Katy Perry, along with a number of well-known practitioners of the method, lectured on transcendental meditation. You may remember Perry, the daughter of Pentecostal evangelists, who rose to fame in 2008 with her lesbian-themed single, “I Kissed a Girl,” a song performed on all her concert tours and nominated for Favorite Song at the 2009 Kids’ Choice Awards. In March 2017, Perry received the homosexual Human Rights Campaign’s National Equality Award for her LGBT activism. She has dabbled in witchcraft, taken part in bisexual activity and promoted Planned Parenthood. Perry is now an “all-in” pagan practitioner.

One unhappy source close to the Vatican said: “It would be one thing to have her [Perry’s] presence moderated by a Church leader, but to have the podium [from which the Pope normally speaks] given over to celebrity TM proponents with no Church voice to counter them is unconscionable.”

As this conference shows, theological liberalism is but a step removed from paganism, which has always mixed homosexual practice with animistic spirituality.

So our question now becomes: “Is the Pope pagan?”