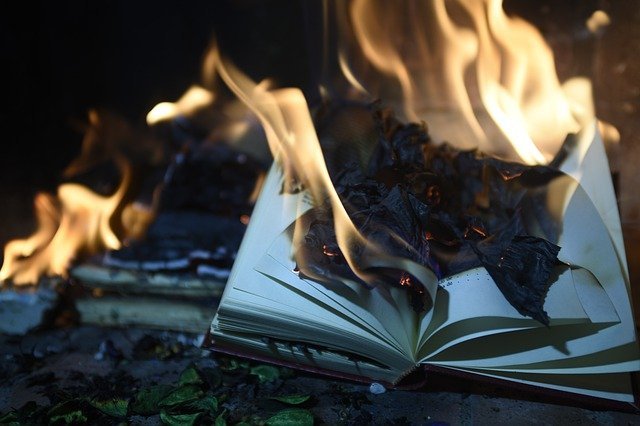 Public figures are losing tens of thousands to hundreds of thousands of followers on Twitter while being censored or de-platformed in other major social media arenas. The aftermath of the Capitol riot has fast-tracked the widespread purge of conservative thought from the public forum.

This ideological purge has led those on the right to flee to alternative sites dedicated to upholding free speech without enacting viewpoint bias — most prominently Parler, a liberated form of Twitter. Parler saw a surge in popularity as those who refuse to bend the knee to the woke mob joined to have their opinions voiced. But, in true monopolistic tyranny, Amazon, Google, and Apple banned Parler from being downloaded and hosted on their servers.

Bias against conservatives in the mainstream media, Big Tech, and the culture at large is far from a new concept. For years, the acceptance of right-wing thought has dwindled among broader society. Political disagreement has gone from being viewed as an uncomfortable situation to an act of aggression. Stating innocuous facts has become an attack on human dignity and equated to violence.

For instance, according to the left, acknowledging the obvious truth that gender is a fixed binary is considered a rejection of the very existence of transgender individuals and an assault on their value as human beings.

The dangerous philosophy of black and white thinking has entrenched left-wing thought. It’s not enough to be not racist, you must be “anti-racist” — that is, buy into the notion of white privilege and systemic racism. It’s not enough to agree that men and women should be equal under the law; you must believe men and women are exactly the same. It’s not enough to give to charity and help the least of us personally; you must advocate for the redistribution of wealth and dismantling of capitalism. If you are not with me, you are against me. There is no room for moderation. After all, like the left is fond of saying, “silence is violence.” This is the mantra of progressivism that now dictates societal norms.

What happened to the United States where both the left and the right accepted the famous saying: “I do not agree with what you have to say, but I’ll defend to the death your right to say it”? What happened is the validity of rights started being measured by cost.

“I’m willing to give up some of my liberty for the greater good.” “Freedom of expression doesn’t include minimizing human dignity and respect.” These sentiments would horrify our founders and make Karl Marx giddy — and yet, it’s become the mindset of our cultural overlords and gatekeepers of information.

The upholding of our Constitutional rights is not a cost-benefit analysis. It’s absolute. The Constitution lays the groundwork for the protection of our unalienable liberties as well as the repercussions for the failure of individuals to uphold those liberties. The protections are clear; it is not up to the subjective viewpoint of bureaucrats to re-contextualize the words of our founding document in order to fit their progressive worldview.

Cost and the greater good do not have a universal measurement. Dictating whether or not a right should be limited based on an idiosyncratic view of a negative effect does not happen in a vacuum. Meaning, your opinion of what should be a limit of one person’s rights is a limit that will encompass everyone’s rights. The same right that allows Big Tech to ban conservatives allows a Christian baker to refuse to create a wedding cake for a gay couple. Yet, in the eyes of the left, the former should be defended and the latter is prosecutable. As much as the left wishes, the law cannot be selectively applied or logically inconsistent.

What happens when the government is not the direct infringer of speech? Many argue the First Amendment is not in play because Big Tech has the right as a group of private companies to silence whomever they see fit. It’s true, private businesses and individuals do have the right to operate as they please but, like all things, it’s not so black and white.

There are thousands of bakeries in the United States to choose from. There are only a handful of tech giants controlling the flow of information. We are largely at the hands of Amazon, Google, Apple, Facebook and Instagram, and Twitter. The social media platforms are the “easiest” to compete against, since they are merely social networking sites that can be re-created. Parler and MeWe, for example, were created as alternatives to Twitter and Facebook, respectively. Creating alternative social media is only a fraction of the equation. You need a host for your site and a means of generating widespread availability.

Google is the largest search engine in the world and, along with Apple, the largest operating system and software developer across the globe. Amazon is the world’s largest online marketplace and cloud computing platform. Social media, e-commerce, and other various applications rely on the reach of Google, Apple, and Amazon to distribute their product. Without these hosts, a site doesn’t have a prayer in competing in the market. So, what happens when the platform, host, and distribution channels all operate under the same assumption that right-leaning content is hate speech? A natural monopoly is formed to suppress an entire group of people.

We aren’t simply dealing with “private businesses doing what they want.” We are dealing with a natural monopoly that controls the societal discussion and narrative. This handful of companies doesn’t just extend the reach of the public forum; they are the public forum. It is naïve to think censorship of this magnitude is of no consequence to the overarching principle of rights — just because the First Amendment has not been infringed upon by the government doesn’t mean an environment should exist in which the First Amendment is rendered useless.

The fundamental restructuring of the culture doesn’t require government intervention. The left doesn’t need a law to restrict your rights. They don’t need to create government regulations to suppress your viewpoint. They don’t need to impose top-down policy to erase your influence. The institutions that pull the strings in our culture will do that for them.

Social media will shut you out if you don’t comply with the ideals of woke progressivism. Your employers and coworkers will coerce you into submission. Your peers will label you as a bigoted outcast if you do not bend the knee to leftist doctrine. You will have power legally under the law, yet you will be powerless. The Constitution will still stand, yet it will serve as no protection for those who oppose the liberal ruling class.

The left doesn’t need laws, policy, or regulations to rule. They have something much more powerful: influence over every young mind, control of the flow of mainstream information, the ability to culturally blacklist dissenters and coerce our “trusted” institutions, and the power to censor entire ideologies. The tolerant and inclusive left will extend their arms in dignified righteousness and proclaim that “all are welcome.” Yes, “all are welcome” — except the ones who aren’t.

The Ideological Purge was used by permission.

Alyssa has her Bachelor’s in Business Administration and currently works as an analyst in corporate finance. She grew up in northern Wisconsin and is a former collegiate hockey player. Alyssa is pursuing her passion for current events and politics through writing and being an advocate for the conservative movement.

Read more from Alyssa on AlphaNews