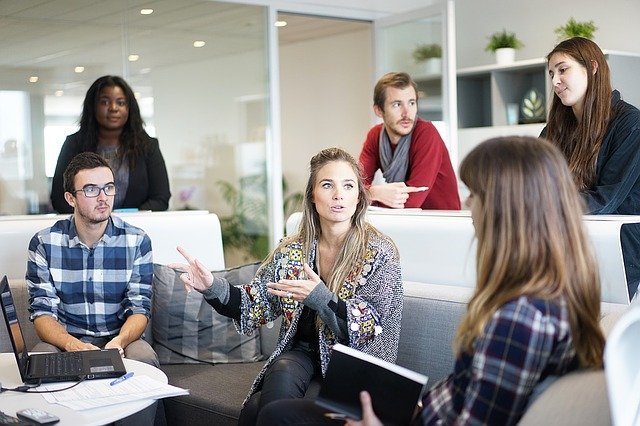 By Neil Shenvi and Pat Sawyer –

Over the last few years, new terms like “cisgender,” “intersectionality,” “heteronormativity,” “centering,” and “white fragility” have suddenly entered our cultural lexicon—seemingly out of nowhere. In reality, these words and concepts have been working their way through academia for decades, perpetuated by disciplines such as Post-Colonial Studies, Queer Theory, Critical Pedagogy, Whiteness Studies, and Critical Race Theory, among others. These fields can be placed within the larger discipline of “critical theory,” an ideology more popularly known as “cultural Marxism.”

But what is critical theory? And what should Christians think about it?

Modern critical theory views reality through the lens of power. Each individual is seen either as oppressed or as an oppressor, depending on their race, class, gender, sexuality, and a number of other categories. Oppressed groups are subjugated not by physical force or even overt discrimination, but through the exercise of hegemonic power—the ability of dominant groups to impose their norms, values, and expectations on society as a whole, relegating other groups to subordinate positions.

Space doesn’t permit a comprehensive treatment of this important subject, but we’ll highlight a few basic facts about critical theory that all Christians should know.

First, not everything that critical theory affirms is false. Like almost any discipline, there are areas in which Christians should agree with critical theory. For example, critical race theorists affirm that race—as it has been defined historically and legally—is a social construct and not a concept legitimately rooted in human nature or human biology.

Second, the notion of hegemonic power is also legitimate. Christians have long recognized how various institutions can—intentionally or unintentionally—perpetuate ideas like secularism, naturalism, and relativism that create resistance to the gospel. Similarly, Christian parents have to fight against false standards of beauty and sexuality promulgated by the entertainment and advertising industries. These examples show hegemonic power in action, as the culture imbibes norms and values promoted by dominant institutions.

Christianity provides us with an overarching metanarrative that runs from creation to redemption: We are creatures made in God’s image, who have sinned against him, who need to be rescued through the atoning work of Jesus, and who are called to love both God and neighbor.

In contrast, critical theory is associated with a metanarrative that runs from oppression to liberation: We are members either of a dominant group or of a marginalized group with respect to a given identity marker. As such, we either need to divest ourselves of power and seek to liberate others, or we need to acquire power and liberate ourselves by dismantling all structures and institutions that subjugate and oppress. In critical theory, the greatest sin is oppression, and the greatest virtue is the pursuit of liberation.

These respective metanarratives will vie for dominance in all areas of life. Consider, for example, the question of identity: Is our identity primarily defined in terms of our vertical relationship to God? Or primarily in terms of horizontal power dynamics between groups of people?

The points of tension are numerous. Invariably, we will be forced to choose between critical theory and Christianity in terms of our values, ethics, and priorities.

Fourth, because critical theory understands all relationships in terms of power dynamics, it can’t be confined to a single issue such as class, or race, or gender. Consistency will push us to apply this framework to other areas. Critical theorists classify racism, sexism, capitalism, heteronormativity, cisgender privilege, and Christian privilege as forms of oppression. In all these cases, a dominant group has imposed its values on a subordinate group. And in all these cases, the solution is to dismantle the norms that keep the minoritized group in bondage. Christians who embrace the paradigm of critical theory as a solution to racism or sexism often question a biblical understanding of gender roles, gender identity, sexual orientation, marriage, parental authority, and even the uniqueness of the Christian faith.

Finally, critical theory claims that members of oppressed groups have special access to truth because of their “lived experience” of oppression. Such insight is unavailable to members of oppressor groups, who are blinded by their privilege. Consequently, any appeals to “objective evidence” or “reason” made by dominant groups are actually surreptitious bids for continued institutional power. This view is rooted in standpoint theory (organic to Marxism and repurposed by feminist theory), which argues that knowledge is conditioned and determined by social location.

This stance is particularly dangerous because it undermines the function of Scripture as the final arbiter of truth, accessible to all people regardless of their demographics (Ps. 119:130, 160; 2 Tim. 3:16–17; 1 Cor. 2:12–14; Heb. 8:10–12). If a person from an oppressor group appeals to Scripture, his concerns can be dismissed as a veiled attempt to protect his privilege.

While critical theory is a serious and growing threat to the church, a few important admonitions are in order.

First, we should be careful and charitable in our language. On the one hand, Christians should be hesitant to throw around words like “intersectionality” or “white privilege” without taking the time to understand the ideology in which these concepts are embedded. On the other hand, the bare fact that someone talks about “oppression” or “social justice” isn’t remotely sufficient to conclude that they’ve embraced critical theory.

The bare fact that someone talks about ‘oppression’ or ‘social justice’ isn’t remotely sufficient to conclude that they’ve embraced critical theory.

Here, basic rules of good dialogue are helpful: Avoid labels and name-calling. Engage with people’s explicit statements, not speculations about their hidden intentions. Attack ideas, not people. Ask questions. Speak truth in love (Eph. 4:15) with words full of grace, seasoned with salt (Col. 4:6). In an increasingly tribalized and fractured culture, Christians should be known for graciousness toward those with whom they disagree, particularly those who profess faith in Christ.

Next, we should reconsider our use of the phrase “cultural Marxism.” This term is used at times in academic literature to refer to “critical theory” because of the work of a number of 20th-century Marxian theorists who problematize hegemonic power, including Antonio Gramsci, T. W. Adorno, Georg Lukacs, Max Horkheimer, Walter Benjamin, Terry Eagleton, Jurgen Habermas, and Paulo Freire (the latter two being qualified Marxists). Similarly, the term “cultural Marxism” has been employed by respected public figures like David Brooks and Albert Mohler. However, it also has shown up recently in the manifestos of mass shooters and makes frequent appearances on neo-Nazi websites. Because “critical theory” is the more common scholarly term and has none of the negative associations of “cultural Marxism,” it will convey our intended meaning more effectively.

Third, we need to recognize that the local church is a witness to God’s kingdom. In a world saturated with evil and divided by enmity, it’s no wonder that critical theory’s promises of justice and inclusion are attractive. When a church demonstrates true neighbor-love and fellowship across lines of race, class, and gender, it undermines the idea that critical theory is the only path to human flourishing and gives credibility to the charge that critical theory fails to deliver on its promises.

Finally, we cannot overstate the importance of being directly acquainted with primary source material. Christians, in general, are woefully ill-equipped to accurately represent and critique critical theory because of relying too heavily on secondary sources. If we had to recommend just one book at the popular level that demonstrates critical theory in action, it would be Robin DiAngelo’s White Fragility. It’s essential reading for anyone trying to understand the basic ideas and methods of critical theory.

As Christians committed to reaching our neighbors with the gospel, it’s vital for us to understand not only the concepts that are shaping the culture, but also their relationship to a biblical worldview. Let’s commit to understanding critical theory so that we can recognize it, critique it, and show people that true freedom and joy are ultimately found in Christ alone.

The Incompatibility of Critical Theory and Christianity used by permission.

Neil Shenvi received his PhD from UC-Berkeley in theoretical chemistry. He currently lives in North Carolina, where he homeschools his four children. You can follow him on Twitter, and he writes at Neil Shenvi Apologetics.