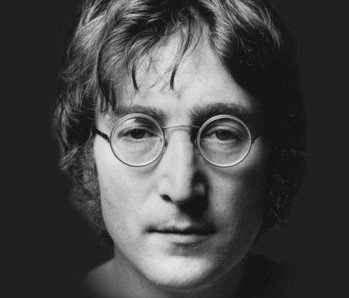 by Rev. Clete Hux – Efforts toward global unity have been arising since the Tower of Babel when humanity spoke a single common language and attempted to reach the heavens. With this in mind, a question needs to be asked: Does God care more about unity than diversity? It is obvious that He did not allow mankind to keep the unity of one tongue but separated the population by language for His purpose of diversification.

God’s actions in changing mankind from one tongue to many at Babel hint at the nature of truth. By nature, truth tends to separate and clarify rather than unify. It separates itself from non-truth and vice versa.

Yes, this theme of uniting humanity has been here a long time. In our day we are bombarded with socialistic propaganda that looks suspiciously like Marxism, and supposedly all for the sake of unity. Take for example John Lennon’s song “Imagine” that was sung at this year’s Olympic opening ceremonies in Tokyo this summer. It was also sung at the opening of the 2012 Olympics. Evidently, it is a favorite of some though not all. One New York Post article referred to it as a “totalitarian anthem”. (See here: nypost.com/2021/07/25/imagine-blared-at-the-olympics-is-a-totalitarians-anthem/) One reason for this label is that a totalitarian worldview rules out any Creator/creature distinction. So, it is atheistic with no need for such a distinction or for that matter, any distinctions.

I could not help but notice that the song is replete with the word “no”. No heaven…no hell…no countries…no religion…and no possessions. According to the lyrics, somehow or in some way, the “no” of these things is supposed to bring about “a brotherhood of man” where all share the world, and we live as one.

There are worldview implications from such a “no” lens view. First, there’s the idea of no moral absolutes. If there is no heaven or hell, then all things are relative and permissible because nothing will matter and it is left to the individual to decide what is good or evil, reward or punishment. The “no” takes care of it. Second, no countries certainly sounds like the promotion of the global community. It is a vote for open borders. Third, no possessions sounds like there is no such thing as private property. Instead, as Lennon says, the brotherhood of man will share all the world. In light of humanity’s sin nature, please don’t hold your breath on that one.

The negation of the very things that are real or the denial of distinctions is not a Biblical worldview and certainly not one that is Creator/creature distinctive. Instead, it is monistic (all is one/ one is all) as expressed in Lennon’s words expressing hope that the world “will live as one”.

Not only do the Olympic ceremonies appear to promote this humanistic monism, it seems to be a common theme of the Olympics. Back in 1996, when they were held in Atlanta, after watching the mixing and mingling of people representing the colors of the Olympic flag, sports commentator, Dick Enberg, said “As you can see, now, the people of the world are becoming a mixture of one family as they create a mountain of humanity. All the tribes are losing their identity and for this occasion, this Olympics, they become one!”(See https://arcapologetics.org/olympics-homosexuality-and-the-pagan-worldview/) One can see the parallel in antiquity, where the people of the world, all one language and one mindset, sought to secure their own future by their own efforts on their own mountain, the tower of Babel.

The truth is Lennon’s “Imagine” is more about “Re-Imagining” truth and reality, which is so prevalent today in the burgeoning woke and cancel cultures that want to redefine everything. In essence, it is an attempt to return to the tower of Babel… trying to build a world without God. Like Lennon, many of us may wish for a utopian society. But, like Lennon, we too would be dreaming, and to wish for such is a vain imagination that denies the nature of God-given truth and the very nature of God Himself. The real God created the universe and man, and these are distinct from God. Our destiny, our noblest aspirations, and our fulfillment of them will only be complete in worship of the one true God.